President/CEO Robert Whitty is stepping down in early 2020, and will be succeeded by Martin Lower.

Western Canadian distributor Bartle & Gibson has announced that current president/CEO Robert Whitty will be stepping down effective February 3, 2020, and he will be succeeded by director of finance, Martin Lower. 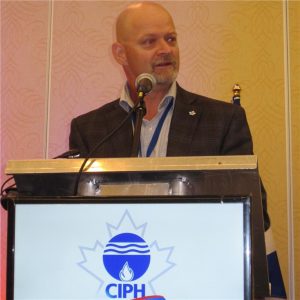 Whitty will remain with the company in an advisory role until his official retirement in June, 2020. Working for Bartle & Gibson for over 41 years and serving as president/CEO for the last 18, Whitty has made significant contributions to the electrical and plumbing industries including representing the company as an active member in the AD Electrical and AD Plumbing buying groups and serving a term as chairman of the Canadian Institute of Plumbing and Heating.

Martin Lower has worked at Bartle & Gibson for 14 years, serving as director of finance for the last 11. Prior to working for Bartle & Gibson Martin worked in real estate development and public practice accounting. He is a CPA and obtained his Bachelor of Science degree from the University of Victoria.

Bartle & Gibson was established in 1944 and has grown to 31 branches with over 450 employees. On October 17 the company celebrated the grand opening of its new Fort McMurray branch, a re-location of the site after 40-plus years in the community.