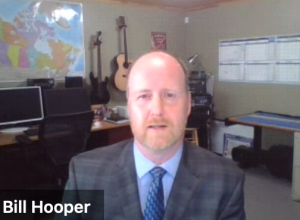 The Canadian Institute of Plumbing and Heating (CIPH) hosted its 89th annual general meeting online, for the second year, with over 200 member-sites registered to attend the event. The proceedings were led by interim-Chair Andrew Dyck, stepping in for Gail Kaufman who was unable to complete the term.

Hooper has been a member of the CIPH National Board since 2012. Upon accepting the new role, he outlined his interest in encouraging an ongoing culture of active volunteerism within the CIPH. “Let’s agree that there are no small roles in being a steward of the industry, and we can all find ways to lead and contribute.”

The meeting also included the presentation of the first ever Golden Leaf Award, presented to a CIPH member (manufacturer/master distributor) who best supports the efforts of sales agencies. The inaugural Golden Leaf Award was given to Bradford White Canada. 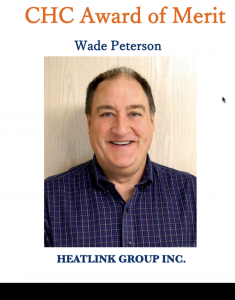 The AGM was followed by a keynote session presented by Chantal Hebert, national affairs writer with the Toronto Star, who shared her views on the political responses to the COVID-19 pandemic, on both the federal and provincial levels of government, and how those actions could affect elections in the upcoming months and alter the nation’s political landscape, even the possibility of an early national election.

The issue of climate change will continue to be near the top of government agendas, led by the change in attitudes south of the border, where policies are showing alignment. Hebert referred to a “community of spirit on some issues” on both sides of the border, something she hasn’t witnessed much during her many years covering national politics. Other issues of alignment include childcare, housing affordability and Internet access.

When asked if she anticipates a greater amount of harmonization between the two countries, she said yes, but it will require governments in place that can take a long-term view and serve for the long term (i.e. a majority government in Canada).