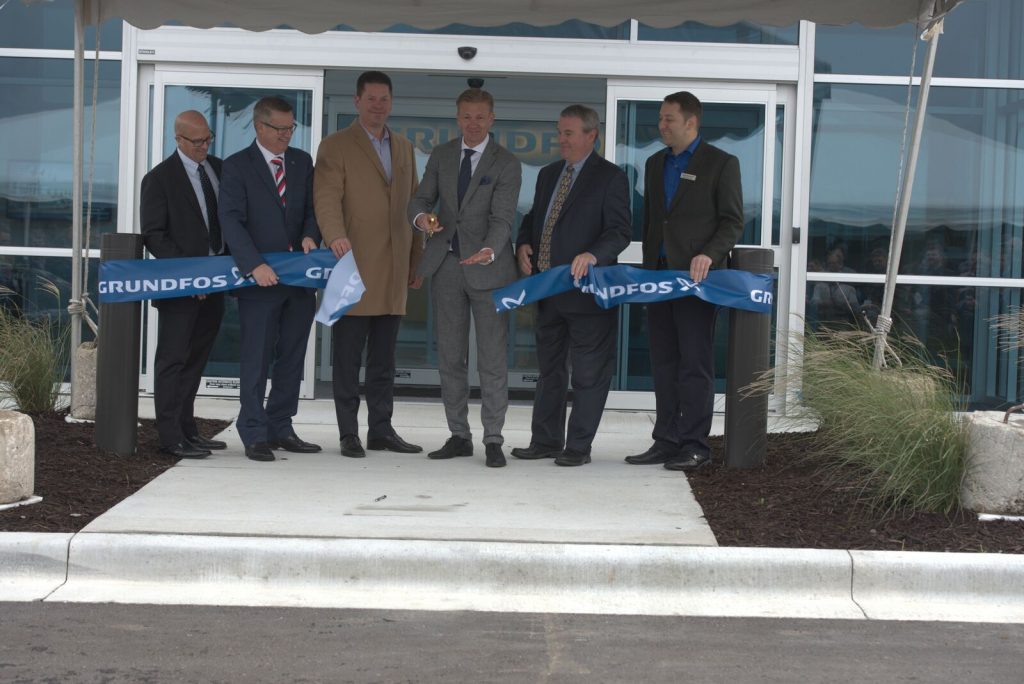 The ceremony was attended by Mayor of Leneza Michael Boehm; Lenexa Ward 2 Councilman Bill Nicks; representatives from the city and the Lenexa Chamber of Commerce; and Poul Due Jensen, Grundfos group executive vice president, among other company executives.

Grundfos opened the doors to its new office in Lenexa, KS at a ribbon cutting ceremony on October 10, 2018, two years after the project broke ground.

The building includes a Grundfos Engineered System pump house, which maintains water level in an on-site pond and provides supplemental heat to the office via a geothermal loop.

It also includes an HVAC system powered by the company’s Hydro MPC and MAGNA3, with hot water recirculation provided by ALPHA2.

The facility offers a café and game room for employees, in addition to a lecture hall with seating for 100 people, a training area and training video production studio. www.grundfos.us