Single-family building permits on rise prior to March

Excluding Vancouver, the value of permits for multi-family dwellings also rose on a national level in February, while early March estimates reveal the COVID-19 effect. 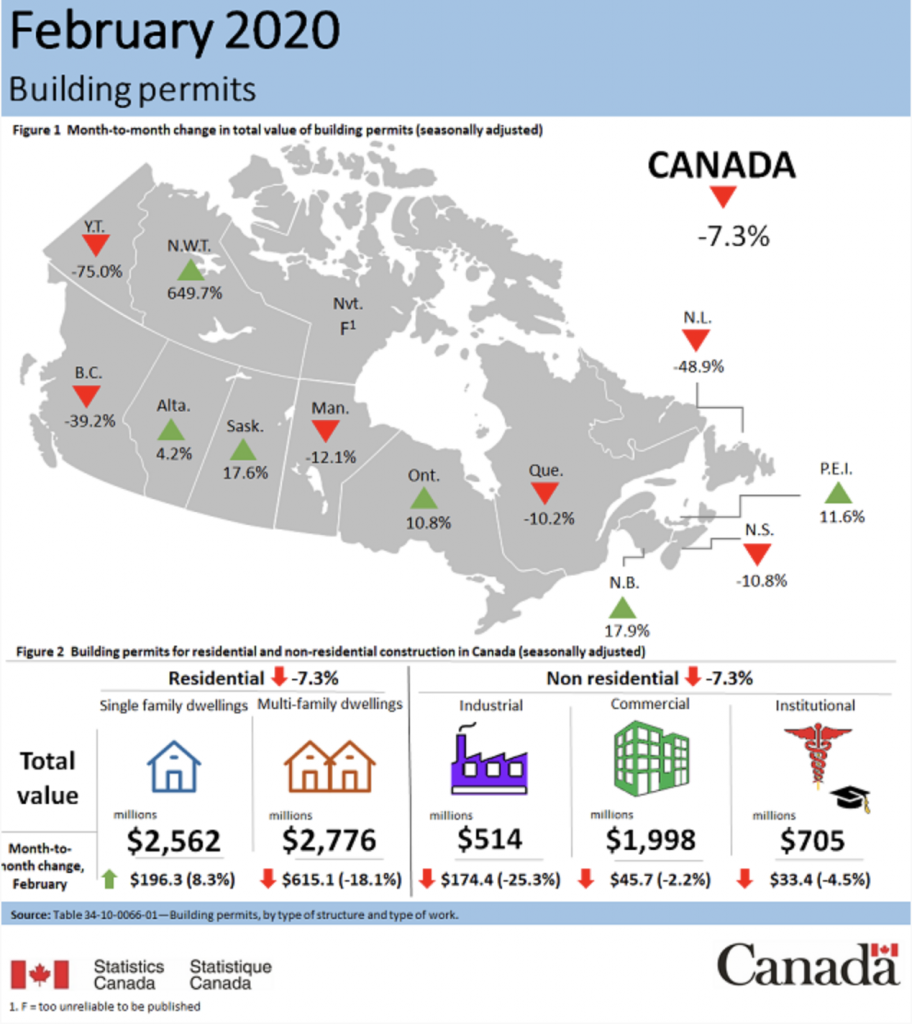 According to the latest data from StatsCan, the total value of building permits issued by Canadian municipalities decreased 7.3% to $8.6 billion in February, 2020. However, Alberta reported the fourth consecutive monthly growth, up 4.2% to $1.1 billion across all sectors, and nationally single-family permits were on the rise.

The total value of residential permits decreased 7.3% to $5.3 billion. Permits for multi-family dwellings were down 18.1%, with the largest decrease in Vancouver—mainly due to an increased number of permits being issued in January to preempt an increase in local development fees. Excluding Vancouver, the value of permits for multi-family dwellings rose 10.3% on a national level in February.

The total value of permits for single-family dwellings increased 8.3% to $2.6 billion driven by housing developments in Ontario, bringing the value of permits in the province to its highest level since December 2017.

With the rapidly-evolving situation around COVID-19, Stats Can has released ‘preliminary flash estimates’ for March 2020 building permits for select regions.

As to be expected, in a year-over-year basis, the value of building permits issued by Canadian municipalities in March fell 23.2% to $1.4 billion when compared with March 2019. Ontario, B.C. and Quebec had the strongest declines, likely reflecting provincial measures put in place mid-month to slow the spread of COVID-19.

Municipalities in central Canada showed the largest declines, as both Ontario and Quebec declared emergencies in mid-March to combat the threat posed by the novel coronavirus. In Montréal, the number of permits filed declined 37.6% in March compared with the same period a year earlier. In Ontario, the value of building permits issued fell by 50.5% compared with March 2019.

Outside of central Canada, investment intentions in the Maritime provinces showed resilience with building permits in Halifax surging 153.1%, as both the residential (+$31 million) and non-residential (+$28 million) sectors increased compared with March 2019. Additionally, the number of permits in Charlottetown increased by 31.6% (+12 permits) from a year ago.

As British Columbia reported many of the earliest Canadian cases of COVID-19, construction intentions likely slowed earlier than in the rest of Western Canada. A change in development fee costs in January for Vancouver may also have pulled some permits forward as builders avoided cost increases by submitting permit applications earlier than usual. 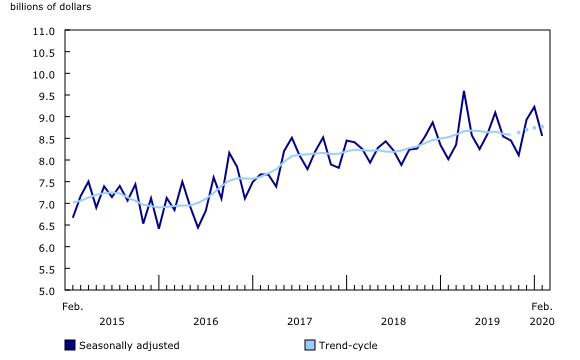