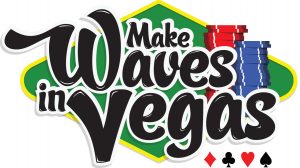 Winners will stay at the Mandalay Bay Resort and receive passes to the AHR trade show.

Twenty lucky contractors will be joining Weil-McLain Canada at the 2017 AHR Expo trade show in Las Vegas. Entries into the draw are earned by purchasing select Weil-McLain products between September 1 and December 1, 2016. Winners will depart on January 28, returning January 31, and will receive round-trip airfare, all transfers and accommodation for three nights at Mandalay Bay Resort. The prize also includes one group dinner and a complimentary pass to the AHR trade show for the winner and a guest.


Related Stories
Monetary prize, a trip and school donation up for grabs
School retrofit puts first Canadian firm in the running for trip
Weil-McLain recalls Ultra Series Gas Boilers
Edmonton contractor in the running for a trip to Italy