This year's winning entries were submitted from Manitoba and Quebec.

The Cross Connection Control Committee of the Western Canada Section, American Water Works Association (WCS AWWA) has announced the winners of its annual “Bad and Ugly” contest, with this year’s winners representing Quebec and Manitoba.

The contest is a national invitation to backflow testers and cross connection inspectors to submit photos of troubled installations with the goal of raising greater awareness of cross connections and to educate other water industry representatives in the field.

“The WCS AWWA CCC committee would like to extend our thanks to all the testers and inspectors who submitted their bad and ugly photos and congratulations to the 2021 winning photos,” notes Danny Wilson, WCS AWWA CCC Education Committee member, who also thanks the backflow manufacturers Conbraco, Watts and Zurn who provide the contest prizes. 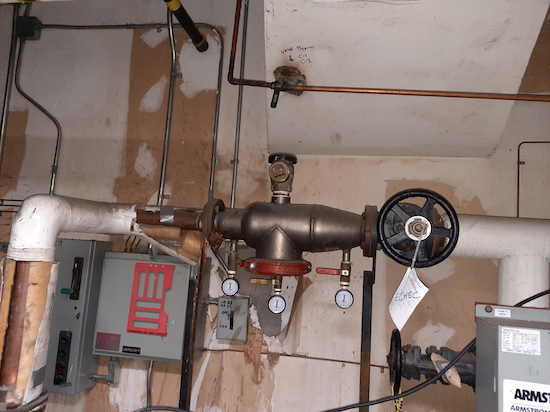 The above photo was submitted by Xavier Lamoureaux, a backflow tester from Saint-Hubert, Quebec. 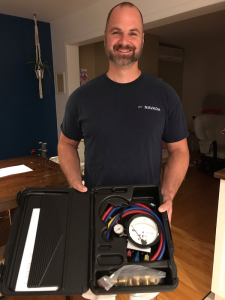 Lamoureaux explained in his entry  that he was doing a full week of checking the backflow preventing devices in many different buildings for a new client.

“When I entered the room and saw that one I couldn’t believe my eyes,” he said. The backflow didn’t pass the test, and he noticed that someone, two years prior to his visit had already left a note on the backflow saying it failed.

He notes that there’s still a lot of work to do to educate people around the role and consequences of backflow preventers. 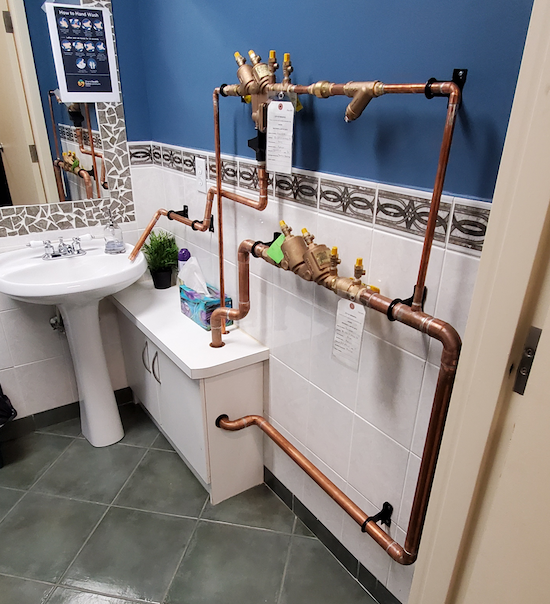 The winning entry in the Inspector category was submitted by Robert Glowacki from Winninpeg.

In his entry, Glowacki indicated that in 2020 the City of Winnipeg issued a notice to this property owner to install Premises Isolation. And, as he describes, the property owner informed his tenant that the installation must take place in the tenant’s suite, as the water meter was at that location.

“The tenant stated this would not be an issue, since they would be away for the weekend,” writes Glowacki, adding, “Upon his return, this very unique and decorative piping arrangement was displayed on the washroom wall.”

“I’m not sure, but the individual(s) living there may have been quite happy with the new arrangement, since this could also function as a towel rack.”

He adds that on a positive note, the installation did pass final inspection.

This winning inspectors photo receives a gift certificate from the WCS AWWA.

For information on the 2022 contest entry details visit www.wcsawwa.net.