The association has also introduced a new award to recognize manufacturer and master distributer members: the Golden Leaf Award.

Through the first months of 2021 the Canadian Institute of Plumbing and Heating (CIPH) has been recognizing members for their dedication and service with its Lifetime and Outstanding Service Awards.

The association has also introduced a new award to recognize manufacturer and master distributer members: the Golden Leaf Award. 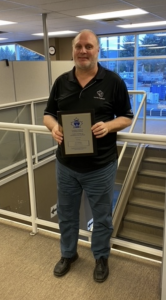 Joe Campagna of Bartle & Gibson is presented with his Lifetime Service Award. 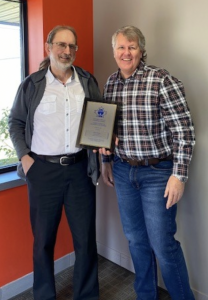 CIPH’s Outstanding Service Award for individuals with 25 or more years with a CIPH company and at least five years of volunteer service on a CIPH board, council or committee, has been presented to: Sean Giberson, of TACO; John Hammill, of Moen; Dan Milroy, Equipco; Drew Molnar of InSinkErator; Marco Varnier of EMCO; and Mike Wills of Wolesley. 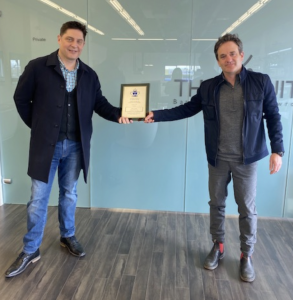 The new annual Golden Leaf Award award will honour a CIPH member (manufacturer/master distributor) who best supports the efforts of sales agencies. The Award was a request from the CIPH Manufacturers’ Agents Council and was approved by the CIPH Board of Directors in 2020.

The new award will be presented to a member that exclusively utilizes manufacturers’ agents and has: