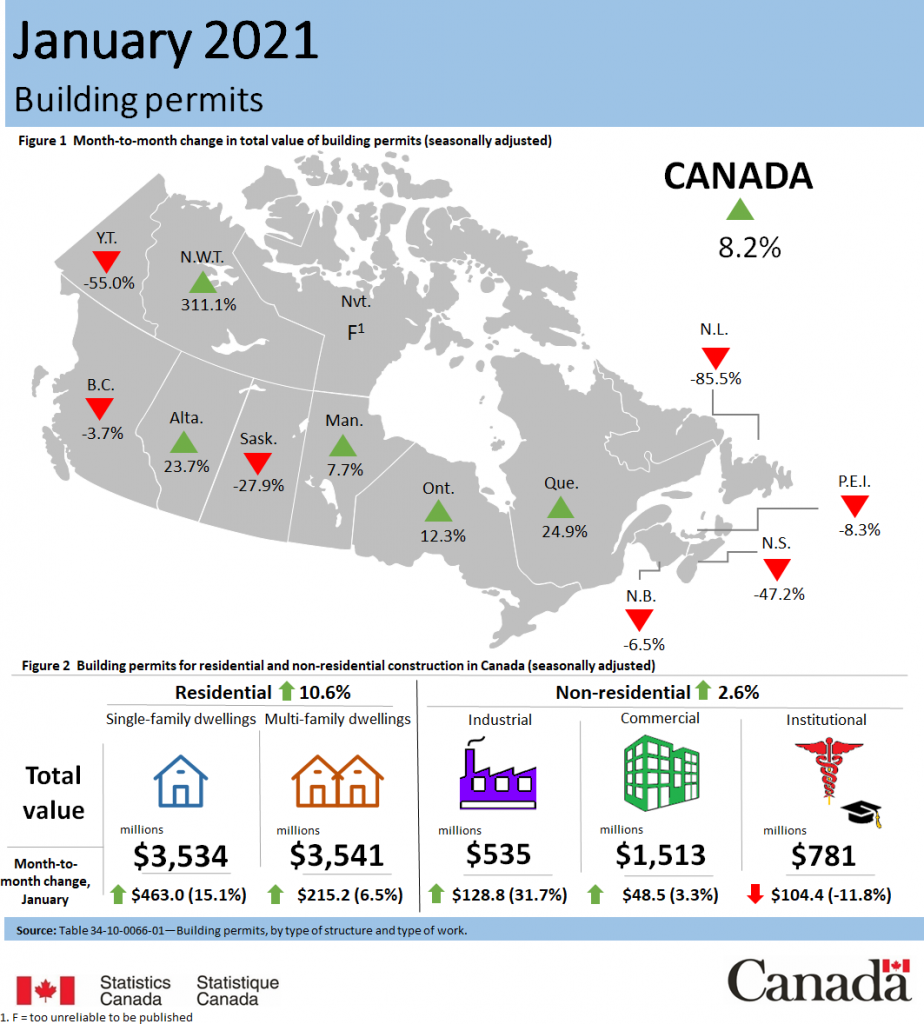 Statistics Canada has announced that January kicked off with a bang, setting a record high total for the value of building permits issued, driven primarily by the residential sector.

The value of permits rose 8.2% over the previous month to a total of $9.9 billion, surpassing the previous record of $9.6 billion set in April 2019.

The value of permits in the residential sector alone increased 10.6% month-over-month to $7.1 billion in January—rising past the previous peak of $6.5 billion posted only two months earlier. 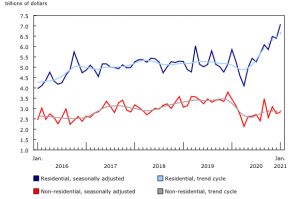 The majority of the residential sector activity was attributable to single-family homes, which climbed 15.1% to a record $3.5 billion—the eighth increase in nine months. The value of single-family permits issued in Quebec saw an increase of 40.3%.

Multi-family permits also increased 6.5% over the previous month to $3.5 billion, driven by construction intentions in Ontario (+17.1%), where permits in excess of $100 million were issued for condo apartments in Toronto. Conversely, the value of multi-family building permits in Quebec fell for a fifth consecutive month.

There was a slight rebound in the value of permits issued for non-residential buildings, rising 2.6% over December to $2.8 billion in January, this following a 10.8% drop in December.

Industrial permits bounced back to average 2020 levels, increasing 31.7% to $535 million in January. The value of commercial permits increased 3.3% to $1.5 billion, and in the institutional sector, municipalities issued permits worth $781 million, 11.8% lower than December.