On a positive note, the value of permits issued for single-family homes across the country increased by 3.9%. 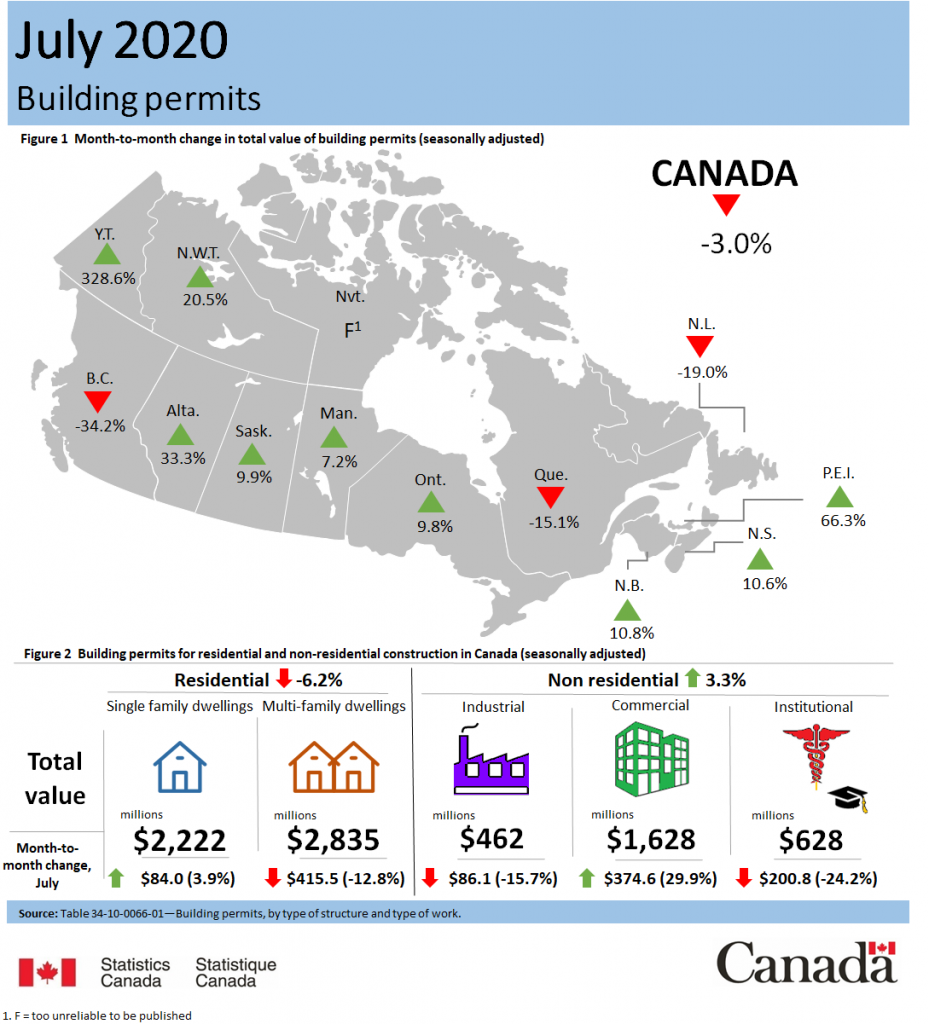 The value of building permits rose in every other province and territory—the most significant spend coming from a $474 million commercial permit issued in the city of Ottawa for the construction of the 2.7 million-sq.-ft. Project Python, part of which will house the city’s second Amazon distribution centre.

The total value of residential permits issued nationally decreased by 6.2% to $5.1 billion in July, largely because of the decline in B.C. (-39.4%).

Following a 31.1% increase in June, the value of permits issued for multi-family dwellings in B.C. fell by 47.8% to $542 million in July, its lowest level since the onset of the pandemic in March.

The total value of non-residential permits rose 3.3% to $2.7 billion in July, despite declines in industrial and institutional permits.

Commercial permits increased by 29.9% to $1.6 billion in July, again mainly due to the $474 million permit issued in the city of Ottawa.

The value of industrial permits declined for the second straight month, falling 15.7% to $462 million in July. The decrease was largely attributable to Quebec, down 37.1% to $170 million.