Three consecutive monthly highs led to a record-setting first quarter, up 12.7% to $31.2 billion. 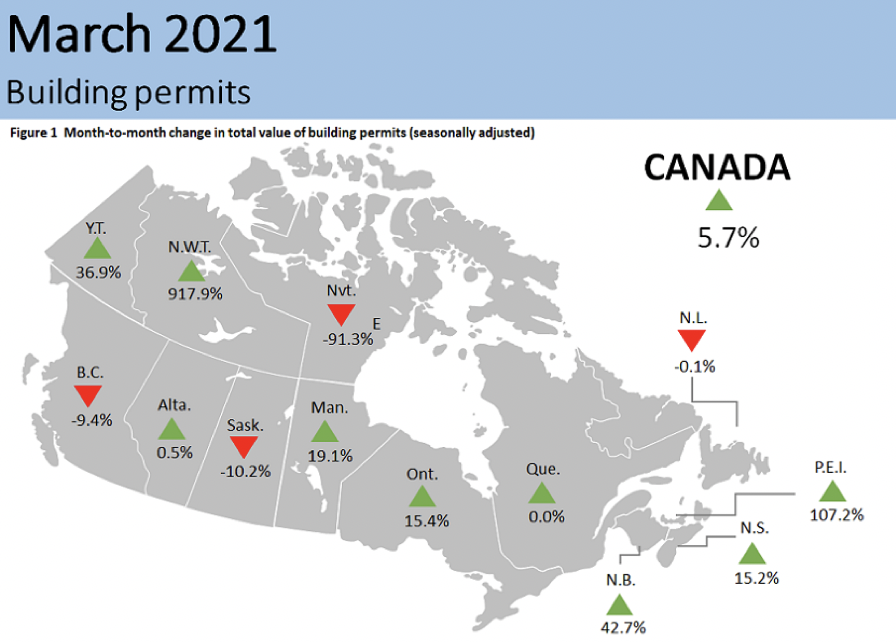 Reports show on a dollar basis, building permits increased by 4.0% to $8.1 billion.

The residential sector saw a massive increase climbing 15.9%, clearing the $8.0 billion mark for the first time in March.

Multi-family homes rocketed up 24.5% compared with February to $4.3 billion. This gain resulted largely from permits being issued for residential towers in the cities of Toronto, Burlington, and Vaughan

Single-family homes also reached new highs, increasing 7.6% to $3.8 billion. The census metropolitan area of Oshawa was responsible for just over one-third of this growth.

Three consecutive monthly highs led to a record-setting first quarter, up 12.7% to $31.2 billion compared with the fourth quarter of 2020.

The first three months of 2021 were the highest posted in the residential sector (+15.0%). Single-family homes (+22.8%) showed stronger quarterly growth than multi-family dwellings (+8.3%) and both reached new heights by breaking previous records set in the fourth quarter of 2020.